Getting Around San Francisco- MUNI, BART, or Rideshare?

If you come from a city with abysmal public transportation like myself, traveling in a city like San Francisco can be a little intimidating. From buses to cable cars and street cars to trains, making sure you’re using the right mode of transportation and having the right tickets is important. A few things to know: SF MUNI runs the famous San Francisco cable cars, streetcars (also known as light rail vehicles) and buses within San Francisco. BART (Bay Area Rapid Transit) runs through the Mission and Market streets in San Francisco but is a separate train system that covers other parts of the Bay Area and has its own ticket and is separate from the SF MUNI Tickets or MUNI Passport. Uber and Lyft are two ridesharing companies that offer a convenient and sometimes cheaper alternative to public transportation and can be used to get just about anywhere, but of course each of these have their pros and cons.

MUNI METRO– A light rail/street car hybrid system that is affordable and can get you to most of the destinations you need to go in the city. Muni Metro is great for going east-west through San Francisco, and hits most neighborhoods in S.F. (Mission, Soma, Haight, FiDi, Castro, West Portal, Sunset and others). The best way to check if a stop drops off near where you need to go is to check the public transport feature on google maps.

Pros: It’s only $2.25 no matter where you go in the city. Great for the solo traveler because you are going to pay at the very least, $5 for a Lyft line. Which doesn’t sound like much, but can add up when you factor in round trips and surge pricing. And of course, the big pro is not dealing with much traffic since most of the lines are underground or have their own dedicated lane.

Cons: I can sometimes be crowded and not on any reliable schedule. There is a chance you could end up waiting up to 20 minutes for the next train. Cons: Very crowded during rush hour since it’s used by a lot of commuters. At night can be sketch with homeless people and the like.

Uber/Lyft- A good reliable way to get around town is of course using your favorite ridesharing company. In San Francisco they have Uber Pool or Lyft Line that give people an opportunity to share the ride and bring the cost down. Make sure when you request those rides, indicate how many people are with you and if you have a lot of things maybe selecting “one more person” option so you can use that seat to put your things.

Pros: Easy to use and pretty inexpensive. It’s about $5 when you use Uber Pool or Lyft Line.

Cons: Surge pricing during peak hours and dealing with traffic. During my last trip to SF, a small group of us wanted to get from SoMa to the Financial District, which is only about 1.5 miles away. We requested a Lyft and were sitting in traffic for about 10 minutes before we realized that there was a demonstration being held on Market Street, causing multiple street closures. We hopped out of the Lyft after going about 2 blocks and ended up getting to our destination in about 15 minutes; which leads to my next option.

Walking- I really like walking around the city. It’s only 7×7 miles so it isn’t terribly big and there is a lot to se. Just be careful with the hills once you go west of Market Street because they are steep and brutal. I made the mistake of walking those hills and I was extremely sore the next day.

Bus- I wouldn’t even attempt to deal with the bus system unless you have to. All the options above are sufficient for any traveling you may need to do in and around the city.

As you travel about the city, pick what’s going to be the easiest and most convenient mode of transportation. You don’t want to spend your time worried about how to get somewhere, make sure you go out and enjoy what San Francisco has to offer because who knows? You may end up making a friend on the Muni or Bart, the driver of your Lyft, or just a random person on the street who will give you a suggestion that only a local can. 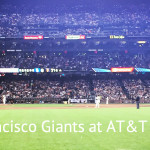 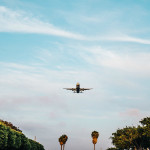 Flying In and Out of SFO Next