Spring is around the corner and one of my top experiences as a solo traveler in San Francisco was catching a Giants baseball game at AT&T Park. The Giants were playing The A’s in the Bay Bridge Series and the weather and atmosphere couldn’t have been more perfect. The stadium is super nice and clean, the food isn’t overly expensive, and they have numerous charging stations to charge electronic devices (which was clutch since I spent a lot of time snapchatting and texting my friends.)

I bought a ticket before my trip because I’m the type of person who always need a plan, but have now since learned of a way to purchase tickets at great prices right before or even after the start of a game. All you need to do is download the app Gametime to your phone. (It is available for both iPhone and Android.) Once the app is downloaded you can search for seats that haven’t been sold, and more often than not you’ll find that they are pretty inexpensive. These last minute prices are sometimes the best you can find, period. Weekdays, especially,  but not as much on weekends. Check out some of their FAQs here. This app is perfect for the spontaneous traveler who isn’t looking to break the bank. Of course there is a free alternative, a secret known by locals, as long as you have a little patience and time to wait in line. A local friend of mine last baseball season found out that you can stand and watch the game in a pen behind a chain-link fence, under one of the three arches at the base of the 24-foot-high brick wall in right field, which is on the boardwalk along McCovey Cove. The Giants allow 75 fans to watch three innings at no cost, but if there isn’t much demand a lot of times they let you watch more than the three you’re allotted. To gain entry you’ll need to join a line that forms along the boardwalk, usually only a few minutes before the start. Sometimes you may have to wait for longer, especially if the Giants are in a high profile game such as the World Series. A few minutes before the national anthem, stadium employees will hand out wristbands letting you know which innings you’ll be allowed in to watch. The featured picture was taken from the view of the free standing room area, which in my opinion is priceless. You can read more about that area here.

So there you are, wristband on, waiting for the seventh inning to start. What do you do until then? Lucky for you there are some good food and drink spots in the area to preoccupy you. Your first option is Public House, located in the ballpark attached to the fan shop. It’s a great bar with pretty awesome food and an equally awesome atmosphere. Across the street from the ballpark you have Pedro’s Cantina. Not the most amazing food, but the crowd and the drinks make me want to go back and watch more games there; overall good sports bar. Two places off the beaten path that were recommended to me by my local friend were Little Skillet and Brickhouse. Located in a small alley a block or two away from the ballpark, Little Skillet will change your life. Their fried chicken is ON POINT. Its my hope that you will read this post and make the trek. On the other hand, if the weather is great and you enjoy the outdoors head to The Yard. This outdoor biergarten is right next to McCovey Cove across from the park and is conveniently situated next to a food truck park.

Now unless you’re staying in SoMa, you’ll need to find a way to get to the ballpark which isn’t hard thanks to San Francisco’s public transportation system and massive amounts of Uber and Lyft drivers. If you’re staying in downtown San Francisco I’d suggest an Uber or Lyft, if you’re traveling from the Peninsula or South Bay hop on the Caltrain, go north, get off at the San Francisco station (which is the last stop), and walk about two blocks to AT&T Park. If you’re coming in from the East Bay take the BART to Embarcadero or Montgomery Stations and walk or transfer to Muni Metro.

Going to a Giants game is easily one of the top things to do in San Francisco. Hopefully, with all the inside tips and tricks you’ll be able to catch one with no hassle. Then all that’s left to do is sit back, relax, and enjoy the game. 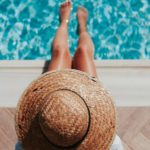 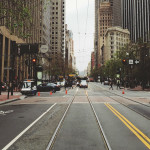 Getting Around San Francisco- MUNI, BART, or Rideshare? Next